According to figures published by credit-check specialist Experian, the average UK citizen had 26 different online accounts in 2012. Two years later and an increased reliance on the internet suggests this figure will have grown further, as more people shop, bank and do pretty much everything else online. 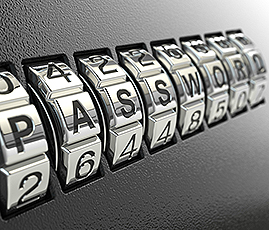 This is all very well, but the same study also found that the average user has just five passwords to access all of their accounts, leaving them extremely vulnerable to hackers.

With large-scale cyber-attacks constantly making the headlines these days, many industry commentators feel that conventional password systems are an inadequate means of authenticating users these days – but what else is there?

Keep an eye on biometrics

One of the simplest options, according to Dr Allan, would be to use facial recognition software. This would give users the chance to access their accounts without having to do anything more than just look at the screen in front of them.

Biometrics is a particularly promising approach as it would allow manufacturers and developers to make use of the technology which already comes with most devices for other reasons – namely forward-facing cameras, microphones and touchscreens. This means that prices would likely remain unaffected for users.

Specialists have also suggested the possibility of tracking users’ behaviour over time, meaning the authentication process would no longer be a one-time thing. Instead, the system would initiate challenges, all the while measuring the responses it receives to determine whether the user is who they claim to be. While this does sound a little complex, the fact that we spend so much time glued to our devices these days suggests it could be a viable solution.

Until these innovations hit the market in force, our advice is that you use a different complex password for each of your online accounts. This may be tricky to manage but there are plenty of suggested systems that can be found online for remembering your login details.