The number of businesses that have adopted at least one cloud service has risen by 15 per cent since September, new research indicates.

The Cloud Industry Forum’s (CIF’s) annual Vanson Bourne study found that 78 per cent of British organisations have now embraced the technology to help with their operations. This also marks a staggering growth of 61.5 per cent since the report was first produced in 2010.

In terms of business size, large companies are seemingly more eager to use the cloud, with 80 per cent now relying on it in some way. This figure contrasts with an adoption rate of around 75 per cent among small and medium enterprises (SMEs). 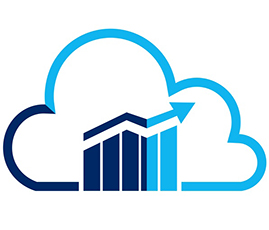 New products and services from Microsoft, such as Office 365, OneDrive and Server Essentials, will continue to drive this growth. Many other vendors are following suit with the likes of Sage and Adobe offering cloud-based versions of their application software.

Companies seem to be growing more comfortable with the security aspects of cloud computing. They are attracted by the flexibility offered by hosted software and the role it can play within their business continuity and disaster recovery plans.

According to the CIF’s CEO, Alex Hilton, the future looks bright for the cloud market. He was quoted as saying: “Over the next year we can say with some confidence that first-time cloud adoption will increase by 12 points – or 15%.

“In the near term, adoption will be driven in part by the end of support for Windows Server 2003, which concludes in July 2015.”

If Mr Hilton’s predictions do come to fruition, nine out of ten businesses will have started using at least one cloud-based solution by the end of next year.