The next version of Microsoft Windows will merge different software for individual devices into “one single converged operating system”, it has been announced. 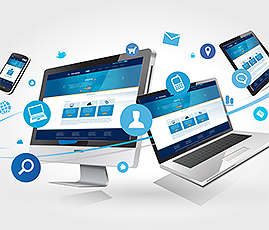 The software, expected to be called Windows 9, will work on all Microsoft devices including desktops, smartphones, tablets and Xbox consoles. By unifying the operating systems, developers will be able to build ‘Universal Apps’ which run across multiple platforms, so these apps will only need to be written once.

Microsoft has hinted at the possibility of a convergence project over the past 12 months. In April 2014, new tools were revealed which would allow developers to build multi-device software. Now, plans to unify the operating systems themselves have been officially announced by Satya Nadella, the IT giant’s new chief executive.

One system for all screen sizes

“In the past we had multiple teams working on different versions of Windows. Now we have one team with a common architecture. This allows us to scale, create Universal Windows Apps,” Nadella said.

Despite the convergence, Nadella made it clear that there will still be individual stock keeping units available, and that the “converged Windows” refers more to the fact that there will only be one engineering team who “approach Windows as one ecosystem”. Confusingly, this means that customers will not be able to buy a single copy of Windows which works on all their devices.

Quite how Windows 9 will be sold is currently unclear. The new operating system is expected to be ready for release in 2015.

During his announcement, Nadella also commented on Microsoft’s financial status. There was a reported 17 per cent increase in revenue in Q4, although the company’s purchase of Nokia – which had been struggling – has been blamed for the 7 per cent fall in profits.

Are Chromebooks a viable alternative to the PC?
September 12, 2014