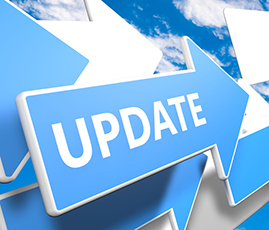 Moving into a new building is always an exiting time and is quite often the precursor to change, so with Apple’s up and coming move in to the new Apple Campus in Cupertino some time this year, CS Systems try to predict the changes in the Apple product range during 2017.

It is 10 years since the iPhone revolutionised the mobile phone market place. CS think that Apple will not miss an opportunity like this, and so we expect the Apple IPhone 8 will make an appearance sometime this year. Recent reports suggest that Apple will release a larger sized iPhone 8, which will probably feature a 5.8″ OLED display with curved edges. It has also been suggested that the new phone may also feature a new all-glass design to aid wireless charging and an embedded home button. As this is the 10th anniversary we are hoping for something fantastic, typical of Apple.

With the launch of the new Mac Pro Laptops it be came apparent that the iMac was due for an upgrade. Bloomberg reported earlier that they expect new USB-C ports and an updated graphics chip in the new machines.

KGI stated that the tech giant might roll out three new iPad models some time this year. It is thought that Apple are having problems with their A10X chips to be used in the iPads, and so we would expect the iPad, if they are going to be released, to be launched in the later half of the year.

The grape vine has it that the Apple Watch Series 3 is also to be released some time this year. This is expected to have Cellular connectivity with integrated cameras.

It will also be interesting to see what software will be included with these devices that we never new we needed.

© 2015 – 2017 CMYK Computers Ltd, ALL RIGHTS RESERVED. DO NOT REPRODUCE WITHOUT PERMISSION.